Architecture and Film; The Narrative

Posted by bjmcghee ⋅ May 5, 2015 ⋅ Leave a comment
Filed Under  architect, architecture, film, narrative 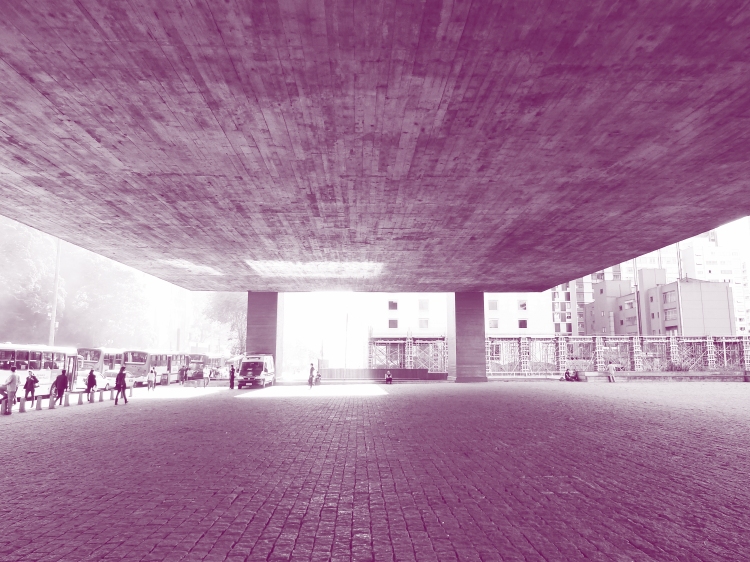 Architecture and Film; The Narrative

“We didn’t really know what we were doing, we just did what we were interested in, what we loved. I think that’s when my interest in creating a kind of seamless combination of the virtual and the real came forth. It wasn’t so much a pursuit of photo-realism as much as a pursuit of photo-surrealism.”-Joseph Kosinki, Columbia Architecture graduate, Director of Tron Legacy and Oblivion.

One of the primary similarities between architects and filmmakers is their use of narrative. The narrative allows the architect to craft a future reality that helps to shape their designs in the present. Imagining the architecture’s future occupants and how they inhabit the space can be one of the most powerful tools when seeking to create a successful design. As displayed in the film Precise Poetry – Lina Bo Bardi’s Architecture, Lina would use the grand opening of her projects as her means of crafting a narrative. On the night of the grand opening: How would the space look? What would people be eating? What music would be playing? In the same way that a filmmaker would craft the details to tell their story, Lina would use these details to craft the space to fit the details.

Architects seek to create an ideal environment for an ideal future narrative. Striving for the architect’s perception of perfection gives the architecture the best chance of success. The architect is, however, well aware that perfection is unattainable; reality happens, projects suffer, and life can be mundane. Filmmakers also strive towards a perfect narrative, but through intensive amounts visual trickery and draft revisions, they are often much more able to achieve their end goal. This pursuit of an ideal image is a quality shared between the two professions, one which leads to a crossover between them.

Rem Koolhaas represents one of the more commonly known crossovers. He describes the moment of his decision to study architecture as taking place while giving a lecture here at Delft.  While leading a discussion about film with a crowd of architecture students, “he realized that he wanted to switch places with his audience. He wanted to build.” Koolhass found joy in creating narratives, but he had a desire for these narratives to play out in the real world.

The crossover is also witnessed in the other direction from architect to filmmaker. Where Koolhaas was willing to give up the ideal to work with the real, some architects prefer to leave behind real world constraints so that they may fully develop their desire for staging ideal narratives. Joseph Kosinski represents a recent and successful example of this switch. Though never officially an architect, his education at Columbia’s school of architecture is clear evidence of the origins of his creative abilities. As he puts it, he realized he didn’t have the patience for practicing architecture. Following his graduation, and from relative obscurity, he was hired to direct Disney’s Tron Legacy. Unfettered by reality he proved that the ‘architect’s’ desire to create narrative driven architectural perfection was enough to carry the film. The first year of production was spent solely on designing the world for the narrative to take place in, a narrative that he was then able to direct. Following his first success he wrote, directed, and produced Oblivion, another superb example of architectural and narrative pairing.

While the unlimited results of architectural surrealism played out in film are fascinating, so to is the depiction of true reality in true environments. The reality of architecture, and the life that plays out within it, is often much more dull than the idealized versions we see in magazines or on movie screens. A film portrayal of these relatively mundane events can still be quite fascinating. Seeing a private story played out inside of a private architecture appeals to our sense of normalcy, while also exposing cultural differences.

An exemplary film, The Singer, presents a seemingly candid portrayal of a day in the life of an elderly couple and their private home. Where the previously discussed examples focus more on the creation of narrative as a design driver, this film takes on the identity of an artistic post occupancy evaluation. How are common people living within common architecture? By the films conclusion we have an intimate knowledge of both inhabitants, their personal relationship, their relationship with their home, and the relationship between the spaces in the home itself.

Narratives are a powerful tool in the creation of architectural designs. Imagining an ideal future narrative can guide a project towards its successful completion. While the surreal visions of these narratives via film and other media can be fascinating, projects shouldn’t exist solely for their place in an ideal narrative or image,  architects must remain grounded in reality. On the opposite end, film can also offer a depiction of candid reality. How do people live in a space, and from that, how might they inhabit a yet to be realized architectural design.